Thank you and good night from one of Creeslough’s finest

Born the third of five children in 1935 to a farming family in Creeslough, Seamus Harkin left school at 14.
He never really got on with the teacher, who thought nothing of raising the sally rod when he didn’t match up. After school he worked as a farmer, a Donegal County Council worker, a forester in his native Ards Forest Park and an insurance sales man.

Seamus was an active member of Dunfanaghy/Milford Area Council of St Vincent DePaul Society since the early 1980’s, taking on roles of local President and Treasurer, as well as volunteer, and receiving a long service medal for his contributions.  He was known as someone who performed great acts of kindness behind the scenes, always with a warmth and genuine concern for others.

In 1991 Seamus was a founding member of the committee that set up and built the Day Centre and 14 social homes for the elderly in Creeslough.  He put an enormous amount of his spare time into this project to get it up and running and today the successful Day Centre and 14 houses are of great value to the local community.

A natural listener and warm companion Seamus loved an audience, and enjoyed entertaining older people with his recitations, singing and telling stories.  He spent time at the Creeslough Day Centre and local nursing homes doing just that.  He played a pivotal role in the Care of the Aged and was involved in the Social Services Committee since the late 1970’s.   He also helped introduce safety alarms for senior citizens which have brought great comfort for many.  As one 84 year old recipient said, “Should I not have this alarm I don’t know if I would be as happy to live alone.”

Seamus was a man of strong faith, a lifelong Pioneer (despite all the time he spent in pubs), a Eucharistic minister and regular member of the St Michael’s Church Choir.  He was heavily involved in the wider community for all denominations, from supporting the fundraising activities of Mother’s Union branch in Clondehorkey Parish Church to helping put a new roof on Ards Friary. 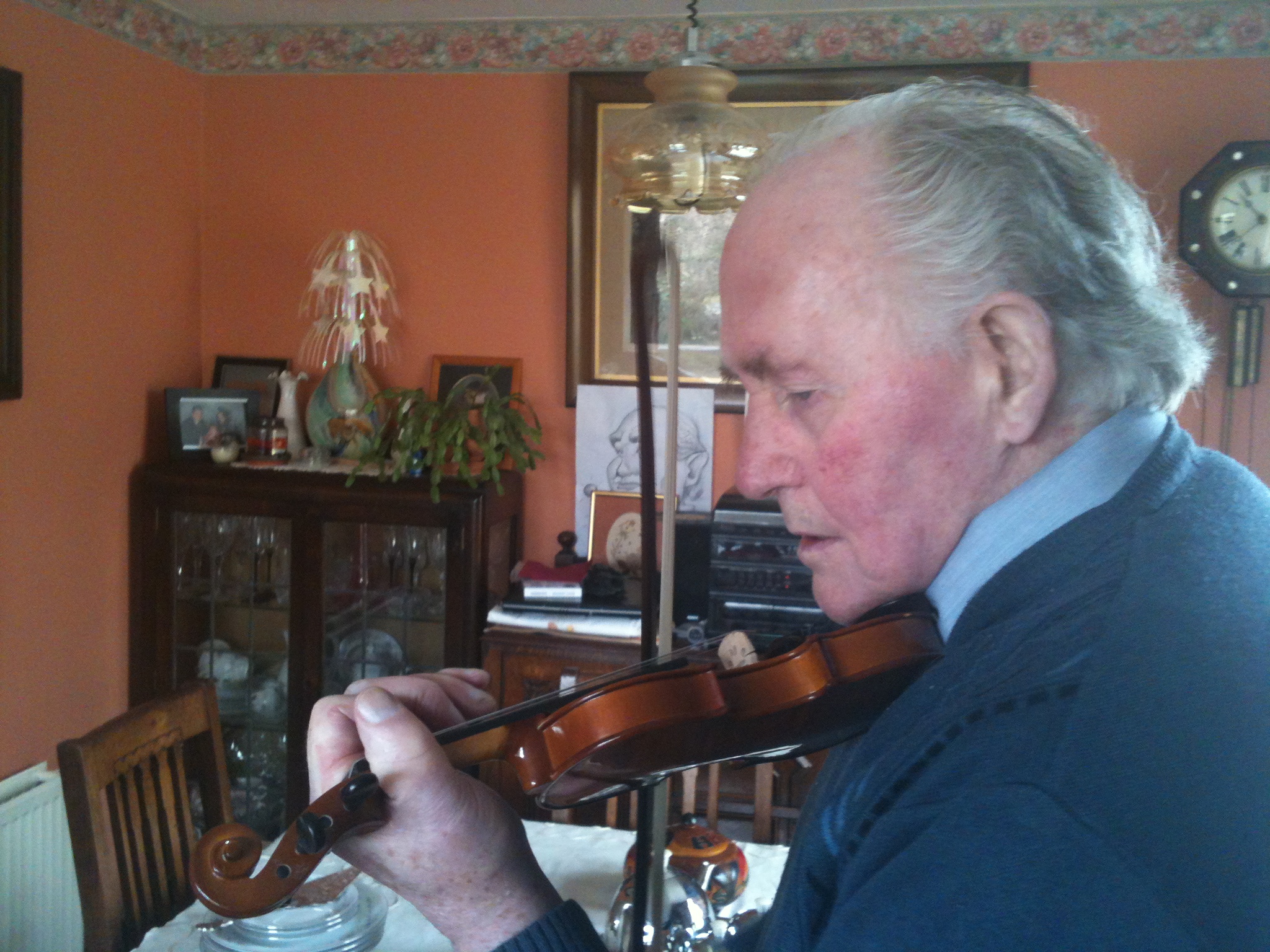 He has inspired many people to help and get involved in voluntary organisations as he believed that, for any event or community committee to be successful, it must be made up of a wide range of people, young and old and from every walk of life.

Seamus loved his native Donegal and used to tell people wherever he went how beautiful it is. As a member of the Muckish Development Association he was part of the team who got funding to resurface the road to base of the Miner’s Path.  He was also an active member of the Millennium Cross Project 2000 which replaced the cross on Muckish Mountain to celebrate the millennium.

In his later years Seamus spent more time on recording music and writing books.  He could often be heard on Highland Radio discussing issues from undertaking to architecture, and recitations to his beloved country music. Notably, Brendan Maxwell hosted a radio programme from Seamus and Tessie’s front room where neighbours gathered to tell stories, play and sing.  Seamus entertained while Tessie made the poundies, a traditional meal at Halloween.

A recent posthumous appearance on Lesser Spotted Ulster discussing the tunnel at Ards Forest Park was not the first time Seamus appeared on television.   He was previously interviewed for TV documentaries about Bernard Lafferty and Doris Duke as well as disappearing Irish cottages.

Through his position as local undertaker Seamus met and provided comfort to many people.  He had an encyclopaedic knowledge of local families and often got calls from descendents of emigrants requesting his help to trace their relatives, which he loved to do.

Yet, with a voice like Johnny Cash and an ear for a great tune, it is as a singer in the pubs and music venues in Donegal that Seamus will be remembered by most.  He loved to sing and play his guitar and he entertained many a crowd, big and small, over the years.  He was in his mid 70’s when he wrote one of his most popular songs, No Tow Bar on the Back of a Hearse.

A man with many strings to his bow, his passion for music extended to instruments and he was a much sought after fiddle repair man by people from all over Ireland. Seamus was awarded Donegal Rehab Person of the Year in 2011 and, in 2013, his (self taught) technology skills were recognised with an Age Action/Google Silver Surfer of the Year award.

Seamus was still writing until he died in April 2014 and had just finished his latest book, The Candy Man.  The book contains a collection of memories of his father, Hughie Harkin born in1891, and some of the stories Hughie told about his childhood days growing up on the farm in Derryart, Creeslough.   Hughie was known locally as The Candy Man.

Here is an extract from The Candy Man.

“Hughie told many stories of people met while working in Scotland and other places.  One such story involves Ned Gallagher who came from a place called Killhill, on the road between Creeslough and Lackagh Bridge, on the Carrigart road. Many stories were told about Ned and some of the things that he got up to.  In fact, I knew him myself years later when he sold televisions and washing machines. This story that Hughie told was about Ned and another man in Edinburgh.

Ned and his friend couldn’t find any work in Edinburgh and were broke so Ned suggested heading to Glasgow.   The man that was along with him said, “How can we go to Glasgow when we have no money?” Ned said I know a man who drives a truck for a construction company and he will give us a lift out of the city. They got the lift with the truck driver and he left them about 10 miles out of Edinburgh on the road to Glasgow.  The pair then took the first bus that came along and sat upstairs on the top deck.

Now the conductor knew that anyone who went upstairs was going a good distance so he did not collect their fares immediately. While the conductor was collecting the fares from the passengers on the lower deck the bus had travelled maybe 10 or 15 miles. When the conductor came upstairs to collect the fares Ned asked for two single tickets to Edinburgh.  The conductor said “This bus is going to Glasgow.”  Ned then got up and said “You’d better let us off quickly because we are going the wrong way,” so the conductor let them off at the next stop.

They then waited until the next bus came along and they did the same thing again, getting off 10 or 15 miles further on towards Glasgow.  That was the way they made their journey to Glasgow, supposedly going the wrong way, and it didn’t cost them any money”.

Seamus passed away on 2 May 2014.  He is pre-deceased by his baby son Paschal and brother John, and survived by his wife Tessie, sons Leo, Mark, Paul and James and daughter Edel, together with five grandchildren, three daughters-in-law, his sisters Mary and Nora and his brother Hugh.

Looking back at one of Creeslough’s greatest poets

by administrator
1.7k
People Of Interest

Looking back at one of Creeslough's greatest poets

Would you like to be featured in the next edition of the Creeslough View?

Creeslough View
Would anyone have a video player/ VHS player that is in good condition and working that we could buy?
4    View on Facebook
No Result
View All Result