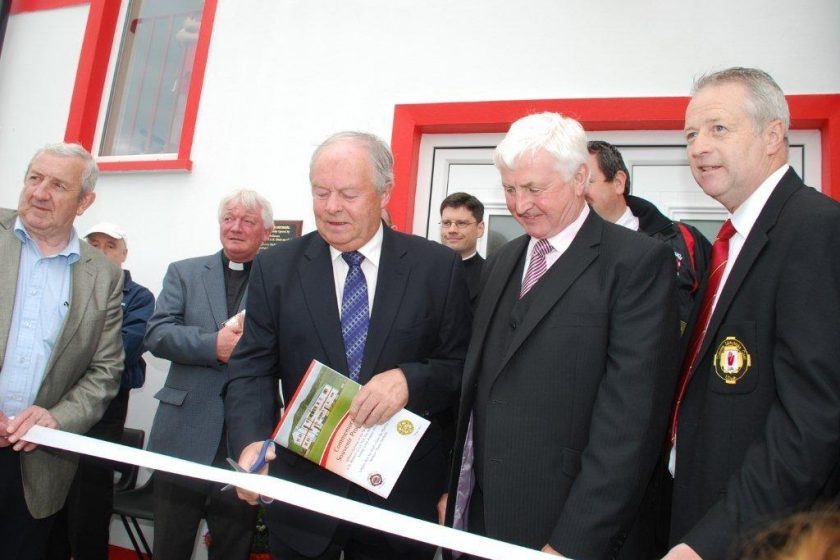 On Sunday 22nd August, 2010 I attended the Official opening of the new Clubhouse at St. Michael’s GAA Park, at the Bridge in Dunfanaghy. As I stood and looked at this wonderful complex my mind went back to how it all evolved in 1952 from a humble beginning.

When I was growing up in Creeslough the only football played was soccer although I knew there had been a Gaelic team in the area in the late thirties but it went out of existence. When I left school around 1948 I went to work in Ards Friary and every Thursday and Sunday I played soccer with the students. The field we played in was beside Charlie Ward’s house at the entrance to the Friary grounds.

Eventually I left the Friary and went to work in the Doe Co-op Creeslough.  I continued to go every Sunday to Ards to play soccer with the students in the afternoon as I enjoyed these games.  Tony Langan of Cloone and Josie Gallagher of Ards, also came and we all played together from about October to April.

I remember going to Ards Friary in August 1952 from the Co-op with a delivery of groceries and on that visit I met one of the students whom I knew well and he asked me if I would be interested in playing a Gaelic match.  He said there was a troop of teenage Boy Scouts and leaders camped in the Friary grounds and they wanted to play a Gaelic match but they were a few short.  I told him I would be delighted to play but I had never played Gaelic before.  He said he would explain the rules before the match.

I got in touch with Tony Langan and Josie Gallagher and we turned up in Ards on the appointed evening and met the Brother who gave us a crash course on the rules of Gaelic football.  The Brother was the referee and he did his duties in his religious habit. The Scouts put the teams together and as I used to play in the backs at soccer I was put in at full back.  Tony Langan played at centre field – both of us on the same team.  Josie Gallagher was in the forwards on the opposite team. For our first game we fared reasonably well – more dribbling than catch and kick.

Some time later around September, I met Martin McNeela in Creeslough and I told him about the game we had in Ards with the Scouts and he asked if I would be interested in re-forming a Gaelic team in the parish. I said “I would”. In October, 1952 Martin McNeela contacted me in the Co-op and asked me to come to a meeting in the Creeslough Hall to talk about forming a Gaelic team. He told me he had invited a few others to attend.

I went to the Hall on the night arranged and present were Jim McCaffrey, the owner of the Hall, Dr. Coll of Port-na-Blagh, and Tony Langan.  Martin McNeela said he had invited some others but they did not turn up. He stated that the purpose of the meeting was to try and start a Gaelic Team in the parish and all present agreed that this was a good idea. It was decided that another meeting would have to take place.

The following month Martin contacted me again and said he had arranged a further meeting at Hudh’s bar Dunfanaghy. Dr. Coll collected Martin McNeela, Tony Langan and I in Creeslough and we met Hughie Ferry of Roshin, at Hudh’s. We held a meeting and it was decided to start a team the following year.  Hughie Ferry, who had returned from England, said he was remaining at home and would join the team as he had passed the Garda entrance exam but would not be called for training until the end of 1953 or early 1954.  At the meeting it was decided to hold a further meeting in the Creeslough Hall and get more people involved so that a club could be formed.

This meeting took place in the Hall in early 1953 and the club was formed.  The following officers were elected; Chairman – Martin McNeela, Secretary – Teague Gallagher, Treasurer – Eddie McGinley.  Fr. Deeney was elected president and it was he who suggested the Club be called “St Michaels” and so the Club came into existence. 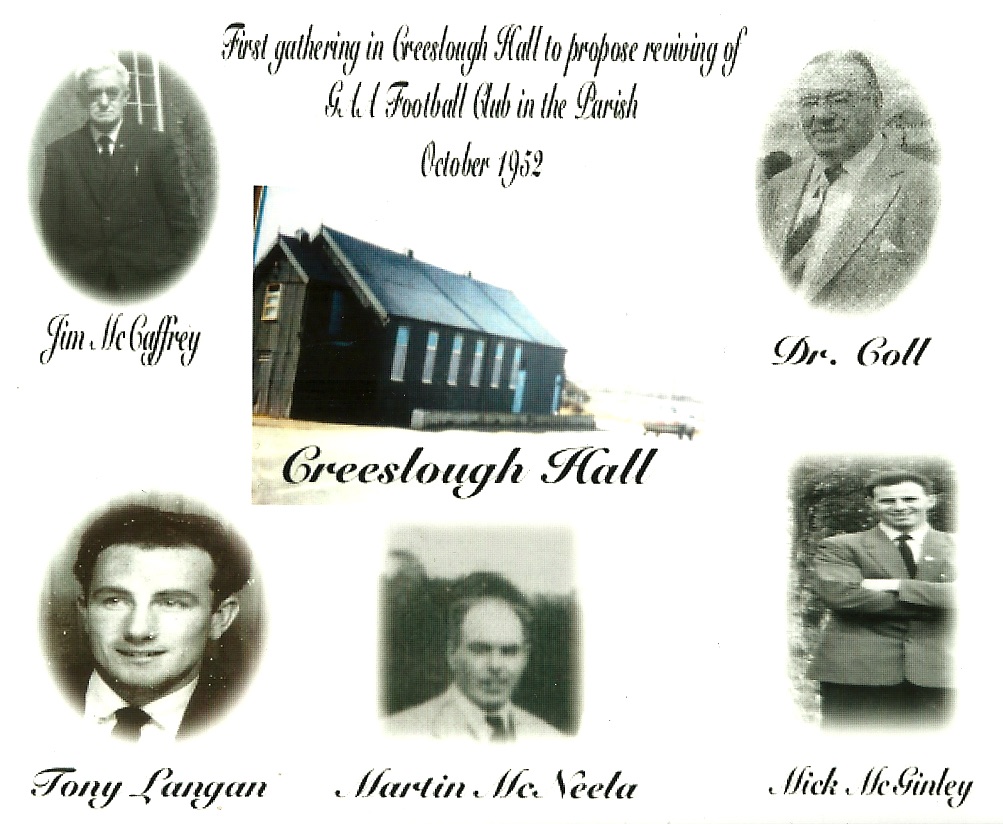 The first game played by St. Michaels was played at Duntally in the ramparts along the Carrigart road. In order to get to the pitch we had to enter by the iron gate at the bottom of the hill below Doyle’s house and walk through the wood.  The first game we played there was in the Junior League against Gweebara and we lost this game. After a few games there we moved to Frank Kelly’s field in the Ramparts and to get to this field we used the old road passing O’Briens and Hay’s off the Ards road.   This was quite a good pitch as the Comogie team had used it prior to St. Michaels playing there.

From there the club moved to a field rented from Maggie Conaghan, Massinass which was situated along the Feymore road and easily accessed from the road.  The field was rented on April 10th l954 for12 months for the sum of Nine Pounds Ten Shillings (£9.10.0). A deposit of one pound (£1.0.0) was paid and Maggie was given permission to graze her cattle on the field when not in use by the club.

The first match St. Michaels played on this field was in the Junior Championship against Gweebara on 16th May, 1954 and we won that Match.  I played centre field and I was marking Dom Murray who went on to play for Donegal. At half time Dom approached me and asked me if I knew a family named McGinley in the area and when he explained what family he was looking for I was able to point out the house to him from the field.  He said he wanted to visit the house which was McGinley’s of Feymore and he subsequently married Kathleen McGinley.

To put a team together players had to be “imported “from Carrigart, Downings, Falcarragh and Annagry. The colours used by St. Michael’s at the time were black and white. We wore white shorts a black jersey with a white collar and cuffs and a white criss cross lace at the neck. A number of the players would remove the lace to leave the neck open. When the jerseys were received by the club they did not have numbers and these had to ordered separately.  When they arrived, my brother, Packie, a tailor, sewed a number on each jersey.  My mother used to wash the jerseys by hand after matches. No washing machines or dryers then!

Finance was hard to get at the time and in order to run the club we held Bazaars in the Creeslough Hall, raffles and the odd dance. Jim McCaffrey always put the hall at the disposal of the club free of charge. Annual sports and seven side football competitions were also held each year to raise funds.

The photographs of the people who attended the first meeting were given to me by Dr. Brian McCaffrey and Danny Langan for which I am most grateful. Unfortunately the founders have all passed away, except myself. Tony Langan was the last to pass away. He was a class mate of mine in Massinass school and we were good friends all our lives.

From 2011 edition By Mick McGinley 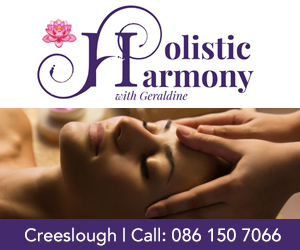